“The Strait Guys” at IDFA

Rick will be traveling to Amsterdam from November 11-14 to present The Strait Guys at Docs for Sale at IDFA. Book a meeting with him via email at info@rickfilms.de or call or text him at +49-179-7911131. 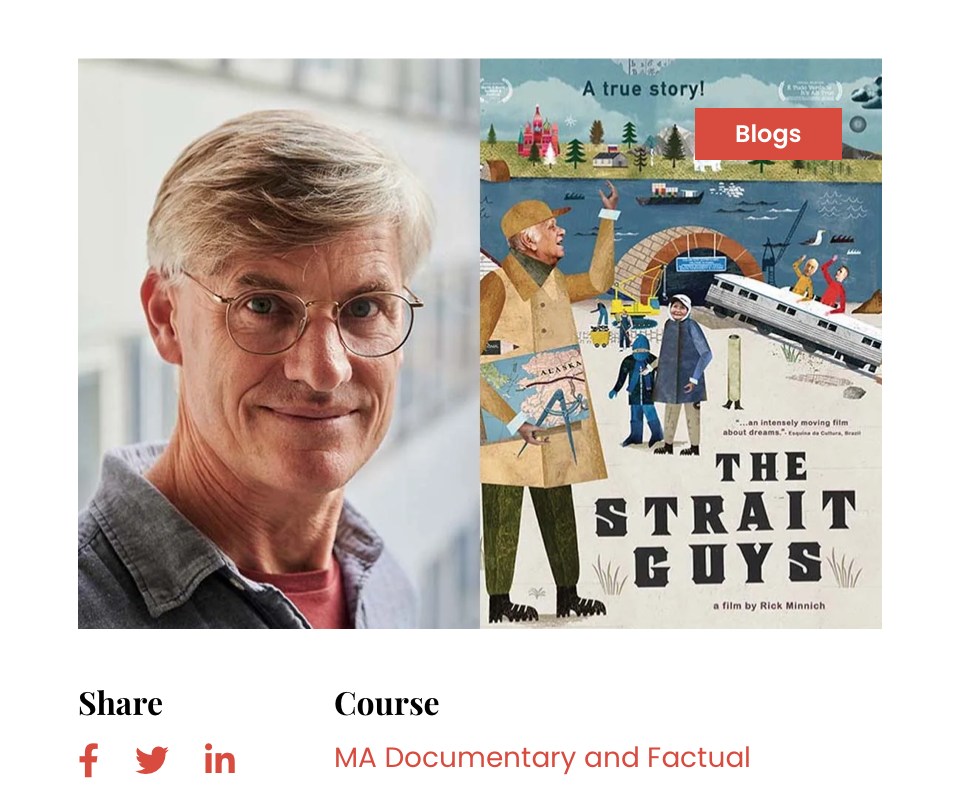 Rick talks about “The Strait Guys” to the Met Film Community

On the occasion of the theatrical release of his new feature documentary The Strait Guys, Rick sat down for an interview with Elise Czyzowska from Met Film School, where Rick has been teaching part-time for the past ten years.

Rick as the mystery guest on “Spontaneous Moments of Conversation”

Rick was the mystery guest on Leon Logothetis' weekly podcast "Spontaneous Moments of Conversation". View the video or listen to the podcast on Apple Podcasts or Spotify. In this unscripted conversation, the "Kindness Guy" Leon meets Rick for the first time, and asks him about his life as an American independent filmmaker living in Berlin. Much of the conversation focuses on Rick's most recent film The Strait Guys, which is being released theatrically throughout Germany on June 2nd. 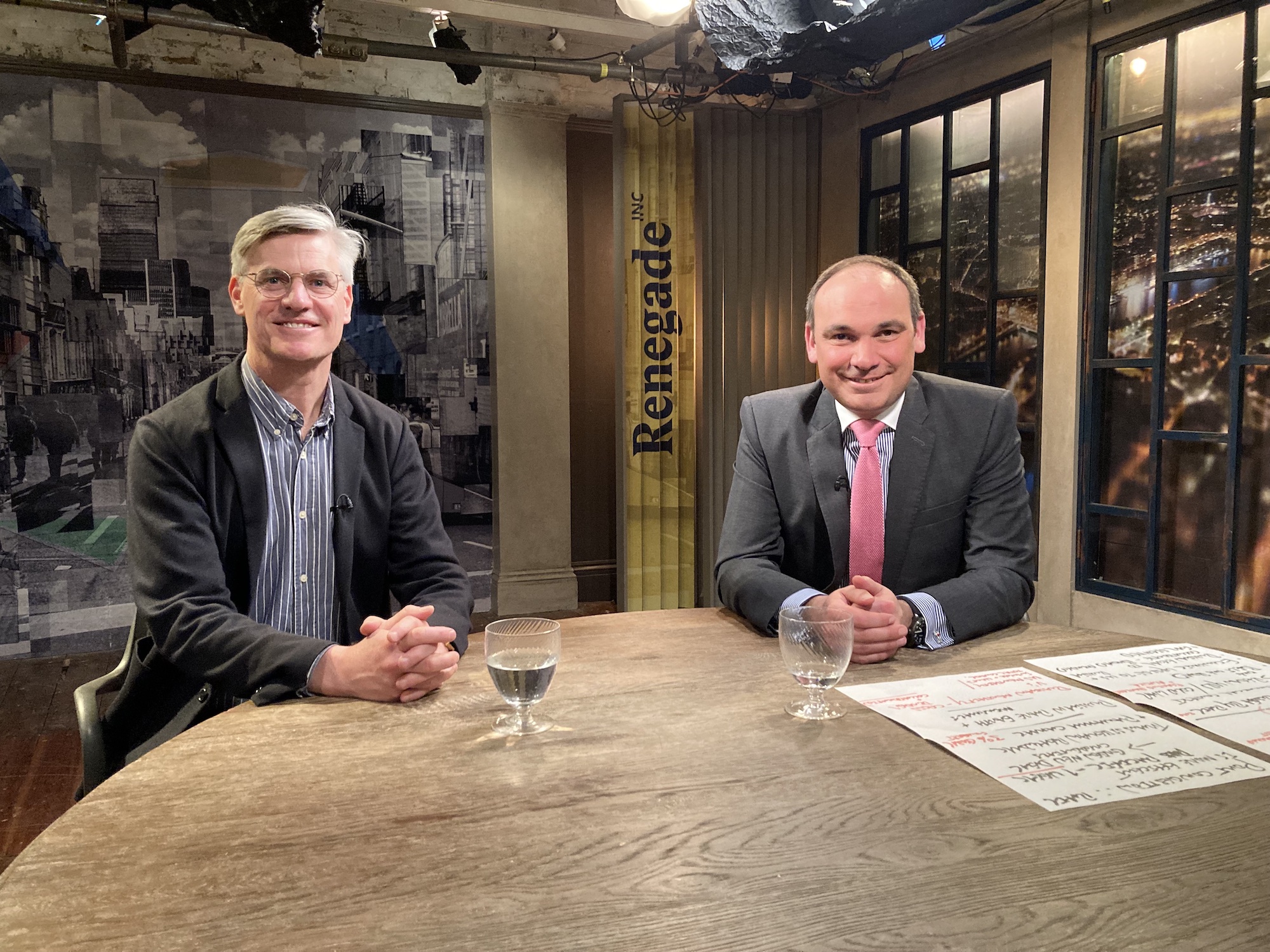 Rick and Scott on Renegade, Inc.

Rick sat down for an interview with Ross Ashcroft from Renegade, Inc. in London to discuss his new film The Strait Guys and the InterContinental Railway. Scott Spencer, Chief Project Advisor of the ICR, joined them via Zoom from his home in West Virginia. View the entire thirty-minute discussion, download the transcription, and read the extensive commentary here. 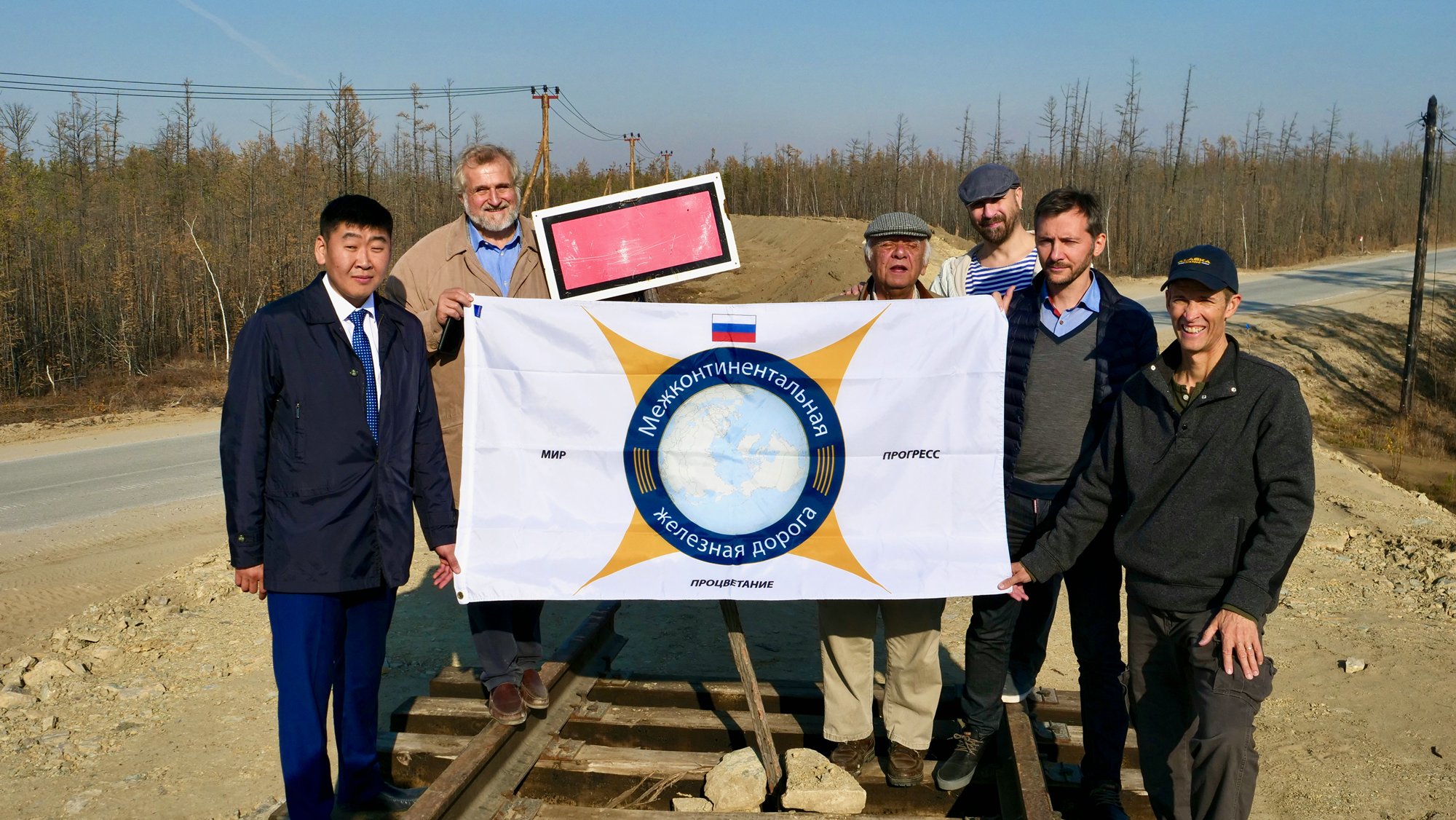 After twelve years of production, The Strait Guys is finally being released. Tomorrow, April 2, 2022 is the world premiere at the It's All True (É Tudo Verdade) film festival in Brazil. The film will stream for one week in Brazil at this link. Please tell your friends in Brazil! Thanks! Yes, in light of the horrific Russian invasion of Ukraine, which I absolutely condemn, it's an odd time to release a film about peaceful US-Russian collaboration. But now, more than ever, it's important to focus on ways of overcoming the military-industrial complex trap with its perennial wars and senseless death and 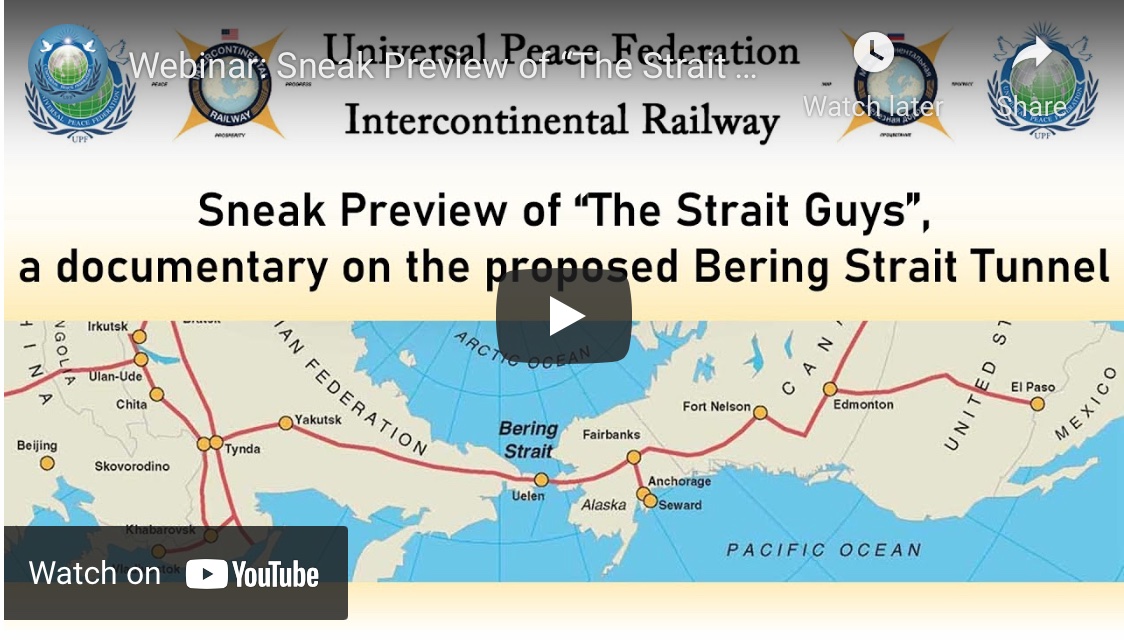 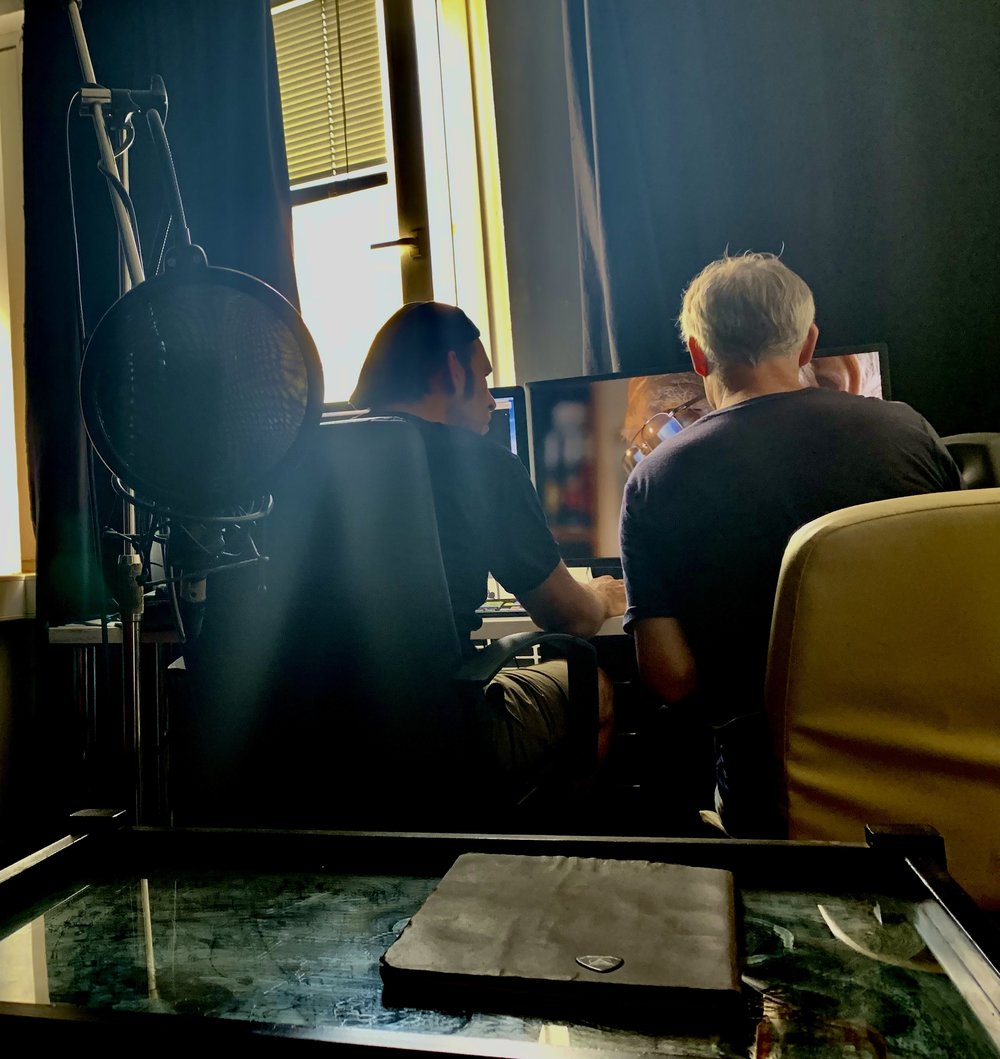 Rick and Matt on “The Reel Woman” podcast 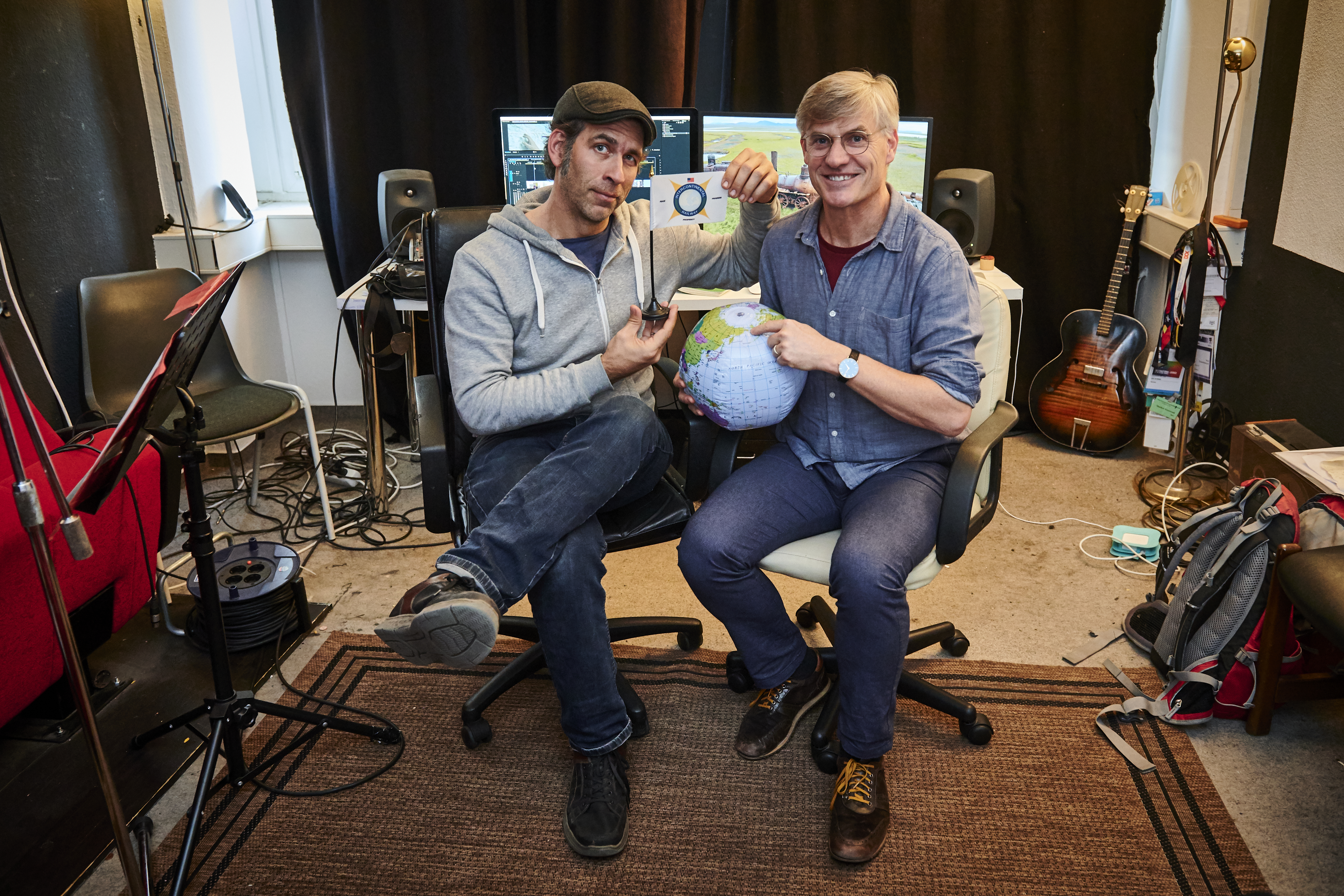 When the photographer comes to the editing room

Rick and producer Gunter Hanfgarn will be attending the IFP Week in Brooklyn, New York September 14-19 with their work-in-progress "The Strait Guys."