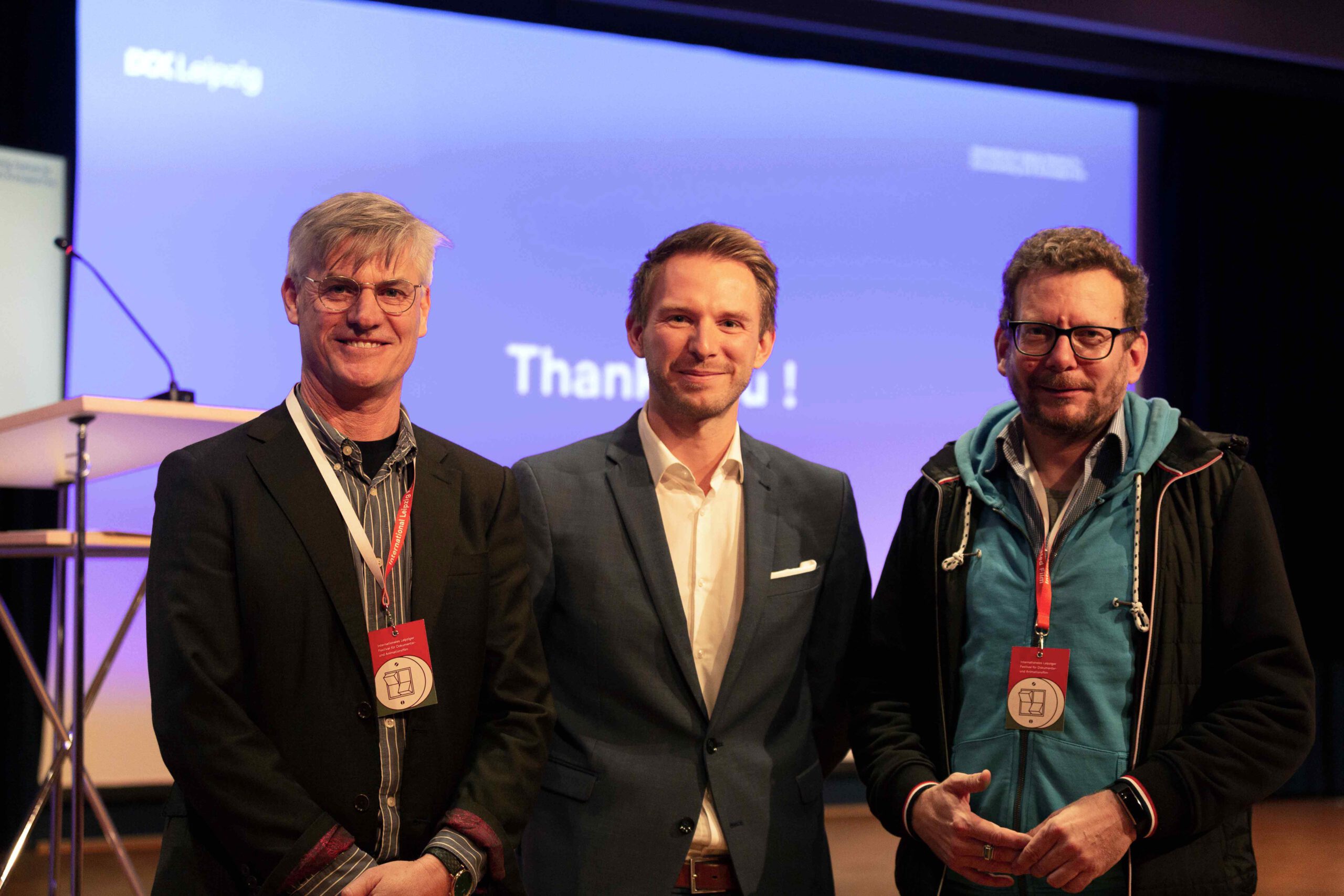 Director Rick Minnich and producer Mike Brandin are the winners of the D-Facto Motion Works-in-Progress Prize presented during the DOK Preview Germany industry event at the International Leipzig Festival for Documentary and Animated Film. Their film “The Presidents’ Tailor” was one of eight German documentary productions or co-productions in post-production to be invited to pitch to an international audience of film industry professionals.

The award is worth 10,000 Euros in post-production services sponsored by D-Facto Motion Digital Motion Factory in Leipzig. The photo shows Rick (left) and Mike (right) with Robert Wunsch, CEO of D-Facto Motion Leipzig.